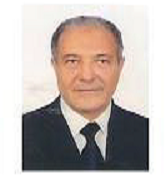 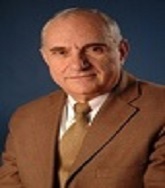 Doctor of Biological Sciences, Professor In 1969 he graduated from Yerevan State University with major in biochemistry. The most important outcomes of the scientific results: He has developed and proposed methods for diagnosis and differential diagnosis of diseases, for hemoblastosis prognosis, diagnosis and therapy methods. "Petamcin-A" is a medicine created by him which is introduced in practical medicine. Professor P. A. Ghazaryan has published 441 scientific papers and two textbooks (Moscow), two monographs (2012, Germany). He holds a number of patents. P.A. Ghazaryan headed 26 candidate and supervised 4 doctoral theses. Since 1975 he is a member of Specialized Council 042 on Biochemistry and Molecular Biology, and since 2005 he is deputy chief editor of the scientific journal "Blood". Since 2010 he is editor-in-response of "Pharmaâ€ 'scientific-practical journal. In 2007 he became a member of the American Association of Chemists. Then he was elected a full member (academician) of the Academies of Natural Sciences of RF (2008), of the Medical and Technical Sciences of RF (2009), the European Natural Sciences (Germany, 2010). Since 2012 he is the reviewer of the American Journal of Biochemistry, the Clinical Medicine and Diagnostics, and the American Journal of Medicine and Medical Sciences. 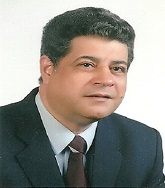 Professor Bahaa Shawky, His fields of expertise are: Fermentation Technology and Industrial Microbiology. He acted as Principal Investigator: [1] Renewable Energy and Environment [2] Bioprotein [3] Biopolymers [4] Biofertilizers [5] Microbial Enzymes. [6] Plant-Microbe Interactions. Prof. Shawky has wide range of consultations. He has published more than 100 papers in peer-reviewed journals and has been serving as an editorial board member. 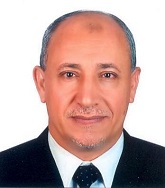 Mohammad I. Abdel-Hamid my B.Sc. 1981 (Botany), M.Sc. 1986 (Limnology). Ph.D. 1992 (Phytoplankton and Water Quality) â€“ Mansoura University, Egypt (PhD study program has been achieved in collaboration with the Norwegian Institute for Water Research, Oslo, Norway) and I have been working with the River Nile in Egypt, for more than twenty years. Water quality characterization is the domain of my researches. Eco-toxicology of industrial pollution is a particular research topic. Bio-assessment of water quality using freshwater microalgae (mainly phytoplankton and periphyton) deserved special research interest. 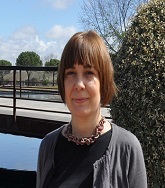 Mar Larrosa completed her PhD in 2006 at Murcia University, Spain. She is the director of Food, Microbiota and Health research group in the Universidad Europea de Madrid. All her research work is reflected in more than 50 publications in high impact index journals and 4 book chapters in prestigious editorials (CRC Press, Wiley-Blackwell). She has actively participated in 24 competitive research projects and in 18 non-competitive projects. The results obtained have been presented in national and international congresses with a total of 18 communications. Her H-index is 31. 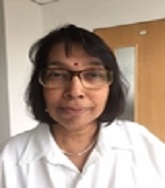 Associate Professor Shubhada Bopegamage, MSc., PhD is a Virologist currently heading the Enterovirus Laboratory and the National Reference Center for Identification of Enteroviruses at the Medical Faculty of the Slovak Medical University in Bratislava, Slovakia. Her work is focussed on the pathogenesis and diagnosis of enteroviruses. She received her BSc. Microbiology degree from Pune, India and MSc. Microbiology degree from Mumbai, India. She got her PhD in Biological Sciences from the Academy of Medical Sciences, Moscow, Russia. She is known in the Enterovirus research since 2005 for her work on the in vivo experimental coxsackievirus oral infection of mice. She is involved in research and teaching and has guided several MSc. and PhD students. She has co-ordinated and has lead several national and international projects as a principal or co-investigator. 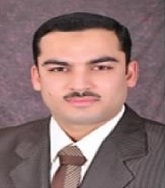 Abdelmageed M. Othman (A.M. Othman) has completed his PhD in science (Microbiology) from Al-Azhar University (Cairo, Egypt) in 2012. He has got three postdoctoral studies for stabilization and enhancement of laccase activity and its environmental applications, two of them (2013-2015) were at Bioengineering and Sustainable Processes Research Group, Chemical Engineering Department, Vigo University (Vigo, Spain), and one (2016) at Department of Molecular Enzymology, Institute of Biochemistry and Biology, University of Potsdam, (Potsdam-Golm, Germany). He has participated in several Egyptian and international research projects and currently he is the Egyptian principal investigator of the Egyptian Science & Technology Development Fund (STDF) project in cooperation with Potsdam University, Germany. Nowadays, he is interested in production, purification and characterization of microbial enzymes and its stabilization through immobilization for different eco-friendly applications. He has published many of research papers in reputable journals and has been serving as a reviewer for different International Journals.